THIS sort of thing says an awful lot about humanity. I'm all for protecting the privacy and security of people's homes. I'm sure nobody wants to have a 'rough sleeper' bedding down on their doorstep every night, and I'm almost certain that most of the outraged people petitioning about this would rather not have a homeless person migrating towards their neighbourhood.

However. Installing measures like this to ensure that people cannot lay down is a wee bit over the top in my opinion. We install very similar protrusions to stop pigeons from landing on window ledges and overhung building entrances. Are we now treating human beings like pests?

Over the course of a decade or so,  I have become acquainted with many of London's homeless souls and, apart from the rare exception, drunk or sober - they are just people whose luck has run out. They have nowhere to go and nothing to go to. They depend on charities and pure-hearted volunteers, who often get up at rotten-o'clock in the morning to go and feed them breakfast. That way, they have at least one good meal inside them as they wander the city.

In order to sleep and to stay safe, many of them will bed down in doorways and, believe it or not, even some the most high-brow establishments tolerate it, so long as they move on before the day's trade begins. This seems to me to be a fair and just trade-off, even if, every now and then, a little debris is left behind. Generally, however, rough sleeping individuals get up, pack their things and stroll off for the day. Some return to the same spot night after night, while others migrate around the Capital.

I have spoken to and listened to many of these people. You should know that they all have a story and it doesn't necessarily involve a decline into alcoholism, although even those stories have a relevant background plot. And never forget that we can all end up where they are. It just takes a chain of unfortunate events.

I hope these spikes are removed. I understand the building owner's desire to protect the residents and we don't actually know if there was a critical point at which this decision was made. For example, we don't know that sleeping in that spot was tolerated until it became abused. Or that the area was deliberately soiled with urine or excrement (this can happen unfortunately). But there are other ways of dealing with abusers; there are less inhumane methods of discouraging such behaviour.

We still get calls from premises informing us that there is an 'unconscious' person in the street or near a doorway and when we turn up it can smack of nothing more than the need to have an unsightly thing removed from the area. All we have to do is wake the sleeper up and ask him/her to find somewhere more private and out of the way to rest. Needless to say, this exercise has cost you, the taxpayer, hundreds of pounds and has potentially taken an ambulance away from someone in desperate need of one.

If you own a business or residence in the city and you don't like the look of someone on the ground or in a doorway, try going over to them and asking them to move along. Be nice. Be polite and explain that ambulances may be called for them when they don't really need one. You may be surprised by the reaction.

Unless of course you truly believe that it's too risky and that you may get hurt. In which case I'd ask this question of you. What makes you think it's okay for me or my colleagues to take similar risks? Why didn't you call the police?

No spikes. No pre-judgments. Try kindness.

I will be awesomely amazing said...

Its such a shame, that everyone is so reluctant to try talking to people.

Most problems(not just those related to homeless people) could be fixed, if people just tried talking, instead of jumping forward to taking drastic action. 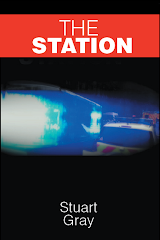 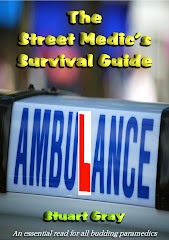 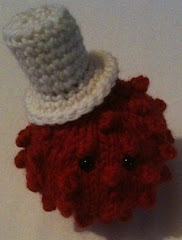